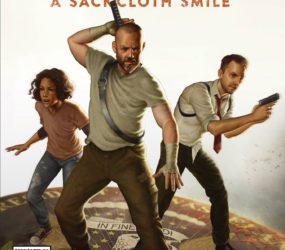 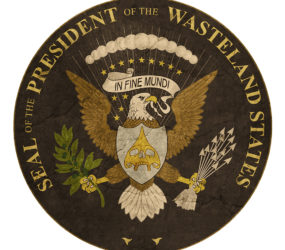 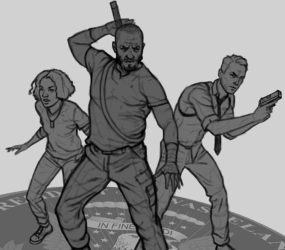 Much like the previous two instalments, Bust 3 mainly takes strong influence from the gritty post-apocalyptic action movies of the 80s. This illustration would reflect that influence while also, the same time, giving some sense of escalation in tension since the preceding issues.

After a number of preliminary sketches, I digitally painted this cover art in Adobe Photoshop. So, for this one, I tried to go for some combination of realism and the typical comic book style. The comic cover artwork of Marko Djurdjevic was a major inspiration here.

Initially Bust 3: A Sackcloth Smile was launched via crowd-funding after a successful Kickstarter in mid-2016, and will soon be available in comic stores and from the Card Shark Comics website – cardsharkcomics.com