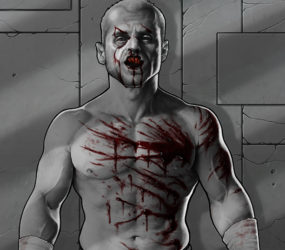 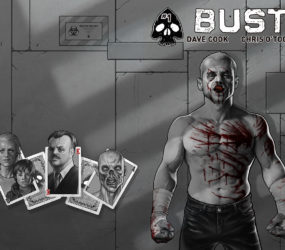 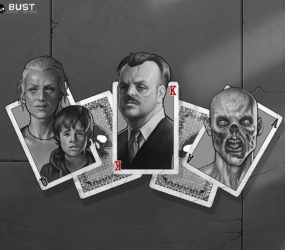 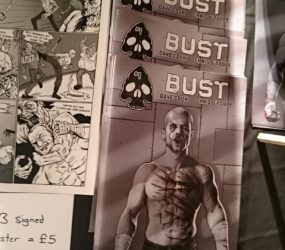 I was commissioned in early 2015 by Card Shark Comics to create a cover illustration for the first issue in critically acclaimed Bust indy comic series.

Bust is a post-apocalyptic action/horror story, much in the same vein as 80’s classics Mad Max, Escape From New York and The Evil Dead. With this illustration, I hoped to capture the dark, gritty violence of those movie themes.

Created as a full black and white wraparound cover, this artwork was drawn and painted fully in Adobe Photoshop.

Bust was launched via crowd-funding after a successful Kickstarter in early 2015 and is now available in comic stores and from the Card Shark Comics website – cardsharkcomics.com

Bust is written by Scottish writer and journalist Dave Cook, and interior artwork is drawn by comic artist Chris O’Toole.