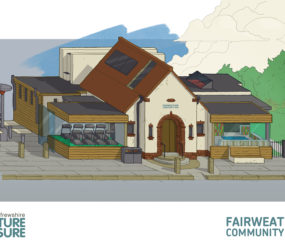 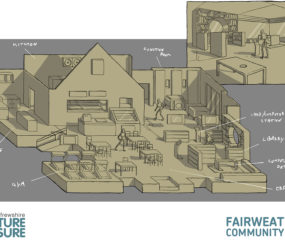 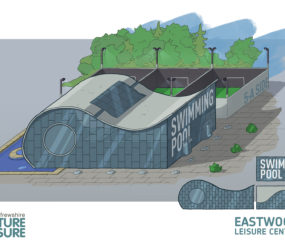 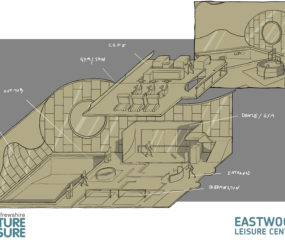 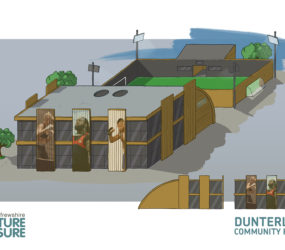 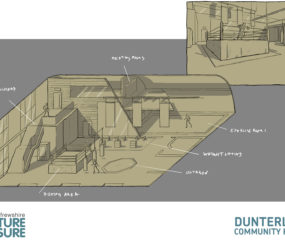 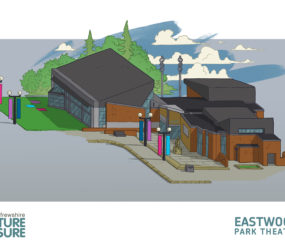 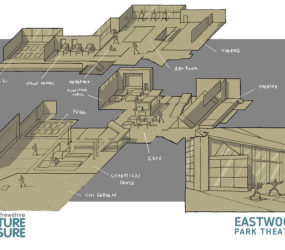 The East Renfrewshire Council is a council authority just outside of Glasgow, it includes the areas Barrhead, Clarkston and Newton-Mearns. I was commissioned by them in early 2017, to create illustrations depicting proposed community building projects and renovations. This would include illustrations of the buildings exterior presentation and interior plans.

Rather than drawing in a formal architectural style, I created these illustrations with a loose, sketchy style. After a few thumbnail sketches and mock-ups to iron out the designs, I drew and coloured the final artwork in Adobe Photoshop.

I’ve yet to receive work as to whether these illustrations will actually be made into the buildings they depict.