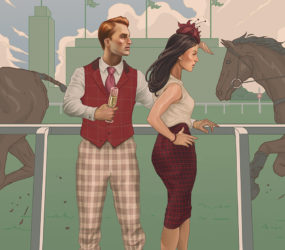 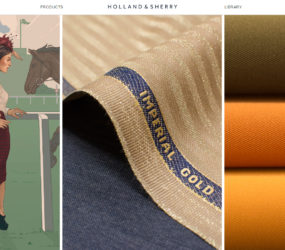 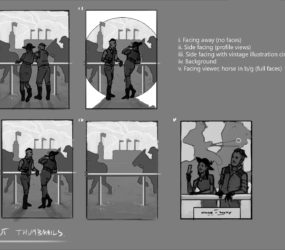 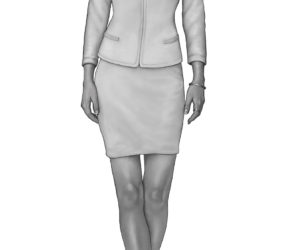 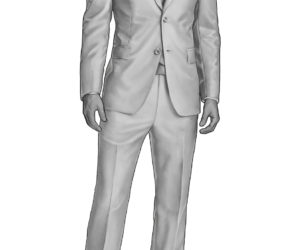 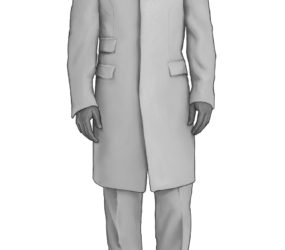 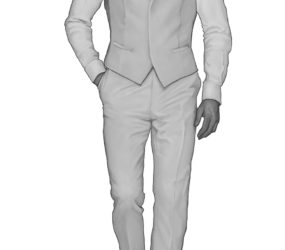 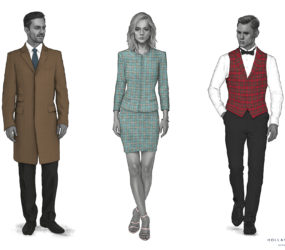 Holland and Sherry Mannequins with fabric.

Holland and Sherry is a near 200-year-old fabric and textiles company. Based in London’s historic Saville Row they provide fabrics and materials for tailors and couture fashion designers.

In early 2016 I was commissioned by Holland and Sherry to create a series of illustrations, for web and print, that would present the companies fabric patterns in an elegant and classical style. These would be used for catalogue and fabric book covers, printed promotional material and images for the company website.

These illustrations are hand drawn and painted in Adobe Photoshop. Fabric patterns are taken directly from scans and photographs of Holland and Sherry fabrics.

Later in the year Holland and Sherry approached me again and invited me to create digital mannequins for their online fabric store. These mannequins would be plain black and white character illustrations of various forms of dress (dress, suit, overcoat and waistcoat), which the customer could drape in their choice of fabric to assist in their decision to buy.