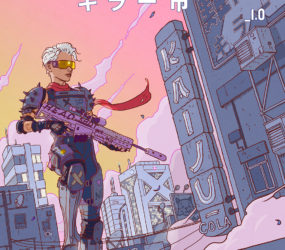 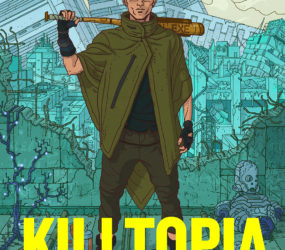 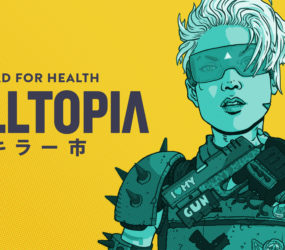 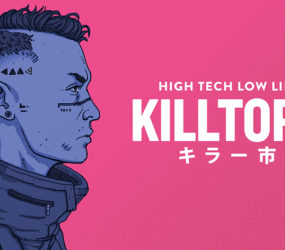 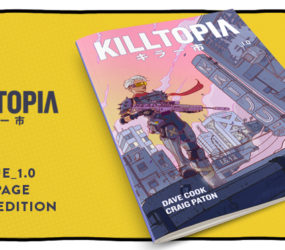 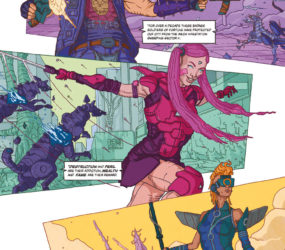 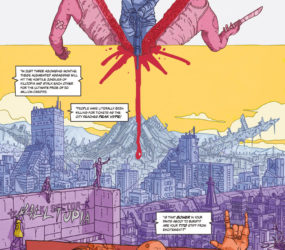 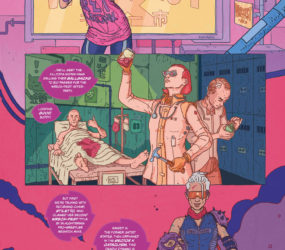 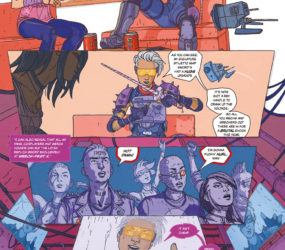 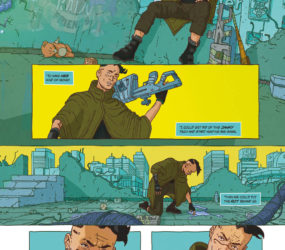 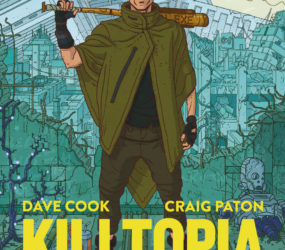 Already over a year in production, Killtopia is something of a passion project which gives me the chance to put all my inspirations and influences into the one place. Reflecting all my favourite artists and interests.

Here’s a brief synopsis of the plot.

Killtopia is a comic series from Card Shark Comics, set in a futuristic, neon-scorched Japanese metropolis. In this version of the world, the city is overrun by an infestation of killer Mechs – hulking robots that are slowly terraforming the city into a hostile jungle environment,

Corporations, governments and criminals pay bounty hunters called Wreckers to enter the hub of the infestation – a zone called Killtopia – to slay the Mechs and retrieve their precious high tech scrap in exchange for money, fame and glory.

Our comic series focuses on Shinji, a rookie Wrecker with crap weaponry who hunts Mechs to pay for his dying sister’s medical care. One day he meets the world’s first thinking, feeling sentient Mech – a robot called Crash.

Quickly, both Shinji and Crash are wanted fugitives, on the run from Yakuza gangs, robotic Kaiju monsters, android samurai and a range of Wreckers with larger than life personalities.

They find themselves thrust into a deadly conspiracy that threatens to end the world. Can they escape capture long enough to save the planet and our species from total extinction?

The Kickstarter campaign for Killtopia launches 2nd February 2018, and will see a full release later in the year.