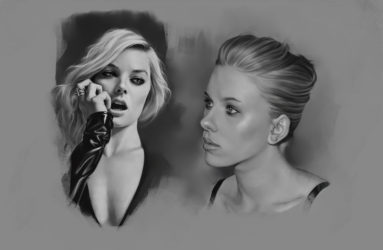 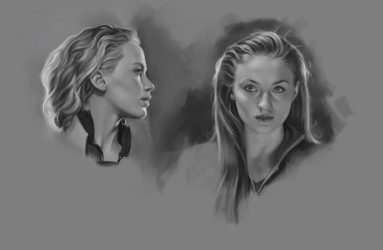 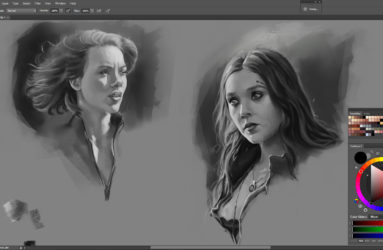 Some black and white value portraits of some of the female actors from recent, big-budget, Marvel and DC Hollywood movies.

These were mainly painted for fun, a personal project of sorts, but they also serve as a form of study of light and shadow values and painting details. It’s important in a portrait to determine which areas will be painted in detail, and which will be left a bit more sketchy and painterly.

Like the other black and white portrait collections in my folio, I may be looking to compile these all in a booklet or sketchbook at some point in future.