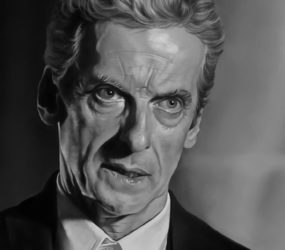 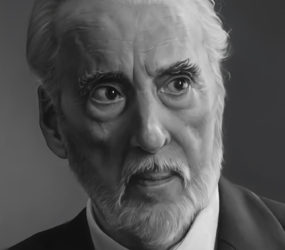 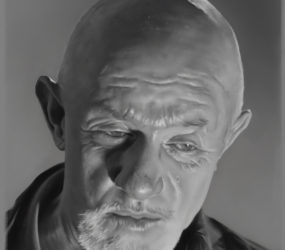 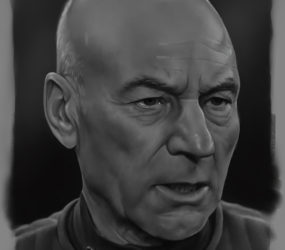 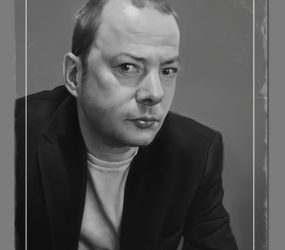 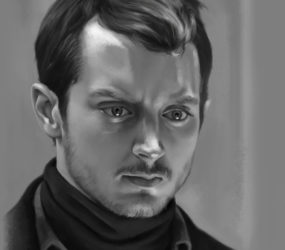 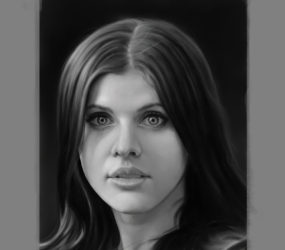 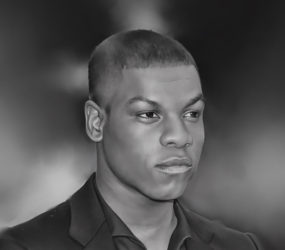 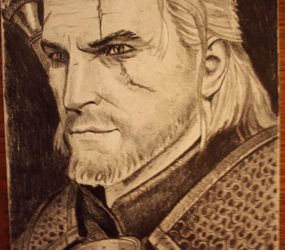 A variety of celebrity portraits and private portrait commissions.

These were mainly painted for fun, a personal project of sorts, but they also serve as a form of study of light and shadow values and painting details. It’s important in a portrait to determine which areas will be painted in detail, and which will be left a bit more sketchy and painterly.

Like the other black and white portrait collections in my folio, I may be looking to compile these all in a booklet or sketchbook at some point in future.

The second image here is a production process gif showing the creation of the Peter Capaldi as Doctor Who Portrait. As you can see in the animated gif, I drew the portrait based on a Doctor Who screengrab, using a grid projection method, and then painted it up, starting with broad strokes and slowly, eventually zeroing in on the details.

Occasionally I’ll create small pencil portrait drawing on the back of postcards to use and birthday and Christmas gifts for friends and family. The Witcher portrait (Geralt of Rivea) I gave away as a prize to one of the followers on my Twitter feed who ‘retweeted’ the artwork.